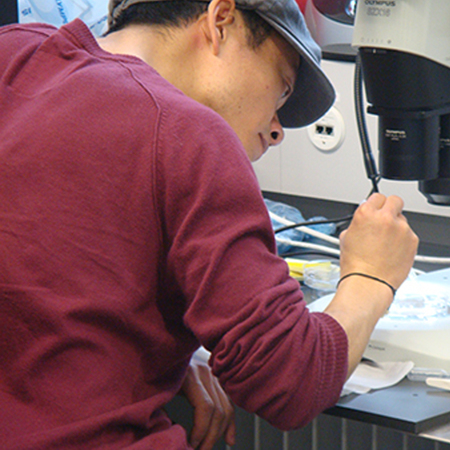 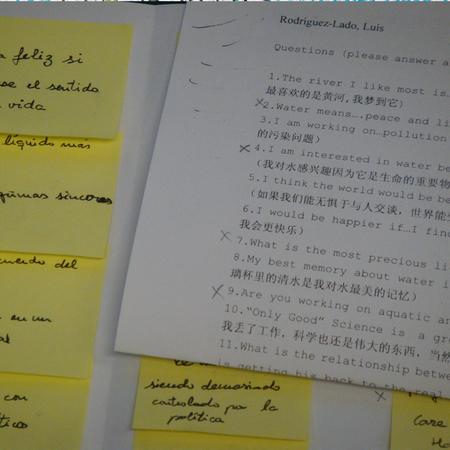 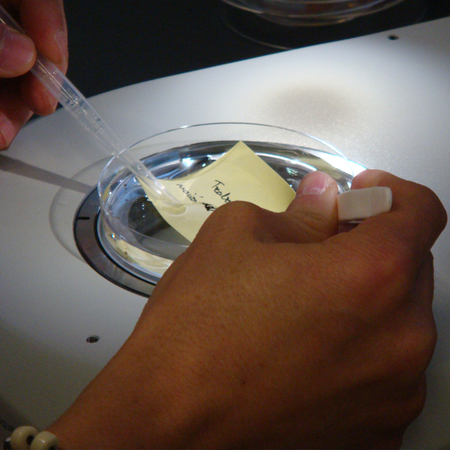 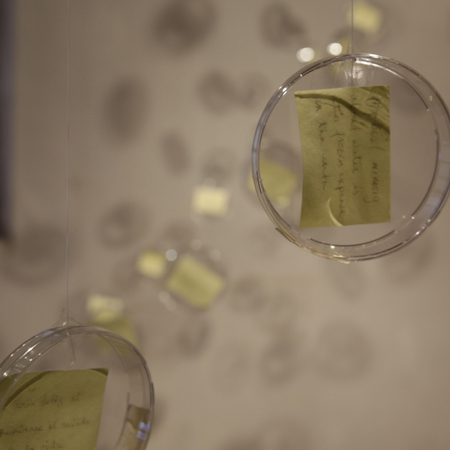 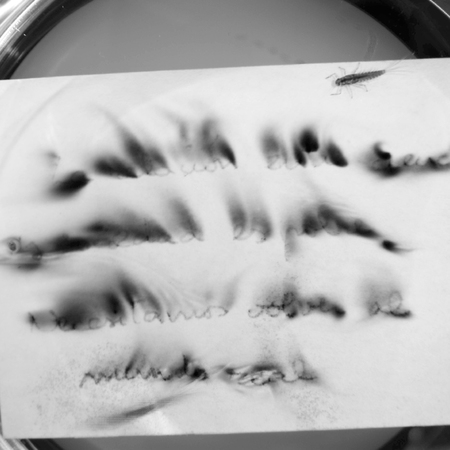 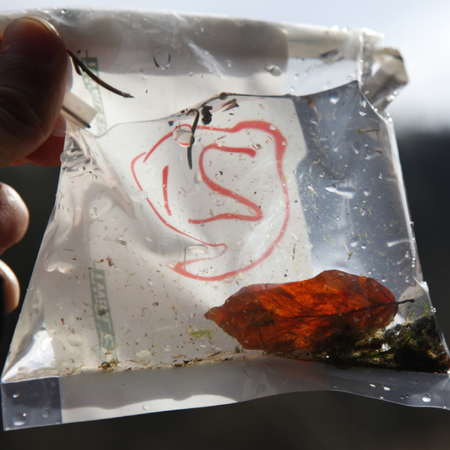 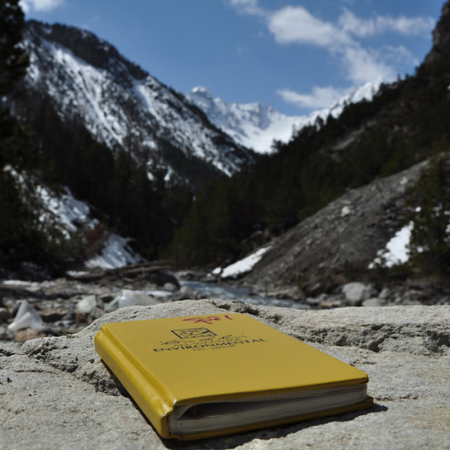 Aniu was born in 1969 in Guangdong Province and graduated from Shanghai Light Industry Institute in 1993. Today he lives and works in Shenzen (Guangdong Province). Aniu is a member of the French agency VU and has exhibited his works in China as well as in Denmark, France, Belgium, Italy, Singapore, Hong Kong and Australia. His book “Times of Fantasy” was published in 2007.

After the first months of research on the lab's topics, methods and communication, Aniu started to develop his artistic project. Observing the world of small organisms under the microscope and after extensive experiments with liquids, Aniu merged his interest for the science itself with his interest for the scientists. Inspired by the inner-lab communication network he developed a questionnaire. He distributed it to more than 300 scientists at EAWAG, asking questions on love, happiness and future. He got back one answer from each scientist participating, on small sheet of paper and in the respective mother tongue. Aniu placed each of this handwritten notes in a small dish, filled in water with small aquatic animals in it and put it under a microscope. Under the influence of the water and the animals, the messages vanished over time. The artist documented this process with text and photographs; the documentation was finally published in the book "When Small Sees Big".